Here’s the elevation profile of the stretch from Kennedy Meadows to our Trail Pass exit to Lone Pine (kind of hard to see with the various water and campsite icons but gives the idea – we’ve been climbing higher):

We woke up to the coldest morning on trail yet. Dad had a few ice crystals in his water bottle when he took his first sip. Overall, we managed it pretty well though. Our hands have been cold in the morning, but once we get moving on trail they warm after a bit.

The earlier morning crew of hikers left camp at 6:35am. This included dad and I, Snickers, and Pop Top. The others opted for a bit of a lie in since such a short day into town.

We hiked up to the Trail Pass trail/ PCT junction, had a nice long breakfast break, then hiked down to Horseshoe Meadows. The side trail was about 2.5 miles. The way down was filled with much skiing/sliding (purposefully). Snickers tried out his ice axe for a bit and had his headphones in for a bit just dancing his way along! Here’s some pics of our adventure… 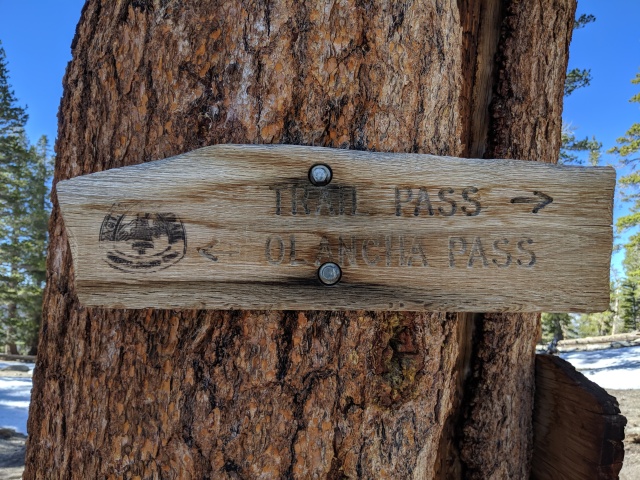 Okay, yes, we know this stream crossing was stupid! It was a lesson learned. Not because anyone fell, but because in hindsight it was just dumb to try it. Dad and I had searched up stream for a better place, but with no success. It was just too wide to jump and oddly about waste deep throughout. When we came back Snickers and Pop Top had made it across and so we went too. Upon reflection though, we all agreed that going forward, we need to be smarter.

Once to the parking lot, we set up to hitchhike. We successfully flagged down (more like he was looking for us) a nice man who was a past PCT thru-hiker, now turned trail angel. He drove us down the long and steep way to Lone Pine in his Camry. Quality cars those Camry’s. Amazing views dropping into Owens Valley and stunning views of the Sierra Nevada range from the flatlands. 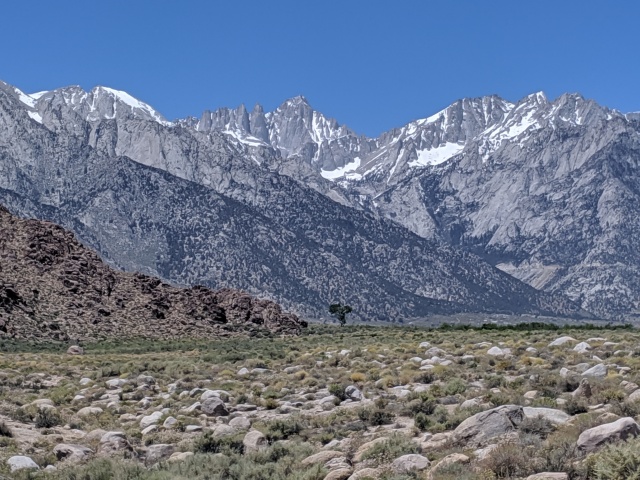 That middle one is Mount Whitney, the tallest mountain in the lower 48 states. Some of us hope to climb it.

We all met up at the Alabama Hills Cafe for lunch.

And then I got delegated along with Calzone and Pop Top to find a hotel. It was pretty tough…we walked across the road to the Dow Villa Motel, found two rooms at the best price in town, and booked them. We split up the four guys in one and the three ladies in the other. It had nice historic decor. This town had a lot of old western films made nearby and had many pictures of John Wayne spread throughout. 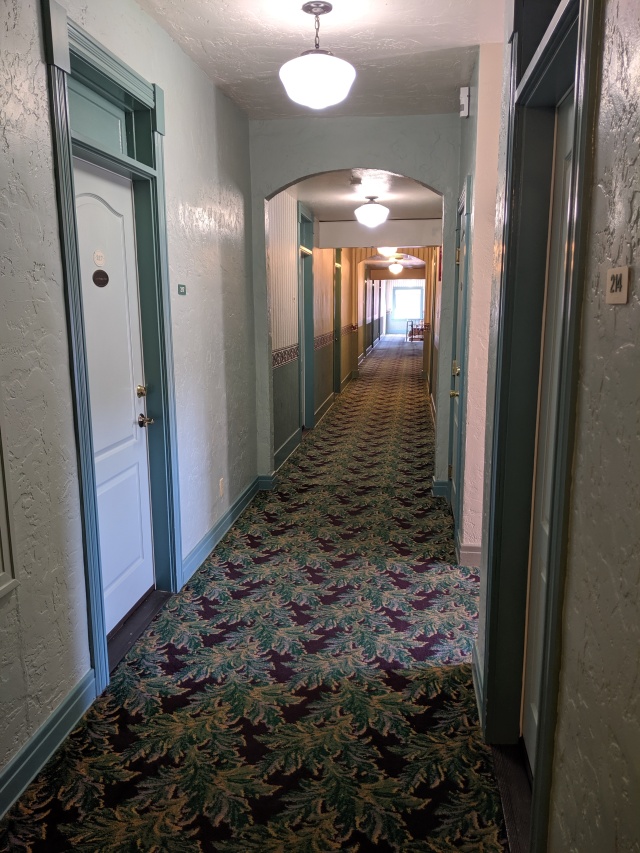 We all got settled in, did some laundry (which was a bit of a fiasco, but we overcame the obstacles), and eventually met for in the lobby to make dinner plans. 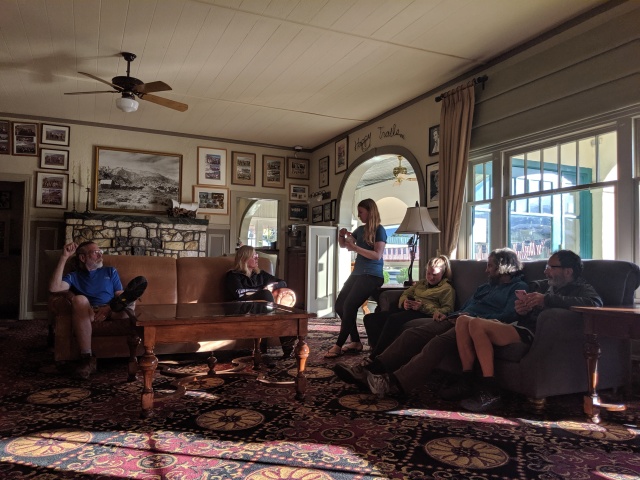 We decided to order pizza from directly across the street at the Pizza Factory, and eat in our lovely motel patio!

After eating and drinking to our hearts content, we had a strategy/planning meeting for what’s next. The main things we figured out were when we’d leave to start hiking, how we’d handle the fact that some planned to attempt to climb Mt. Whitney while others didn’t, and when we’d be exiting to the next town. Everything got smoothed out nicely, the only slight hiccup was that it required dad to his extend his stay in California! We got him a new flight that would leave a few days later than originally intended, but he was intent on going into the super mountains!

We’re all super excited to get going again. This is the big stretch that we’ve all been thinking about for so long. It has Mount Whitney and Forrester Pass, which is the highest point on the PCT! Oscar from the movie Armageddon probably described our feelings most accurately when he expressed, “I got that excited/scared feeling. Like 98% excited, 2% scared. Or maybe it’s more…it could be 2…it could be 98% scared, 2% excited, but that’s what makes it so intense, it’s so confused.”

So I thought I’d put in here that we expect to get off the trail and into the next town (Independence, California) on Saturday, the 15th! I hope to do some updates then with all of our new adventures!